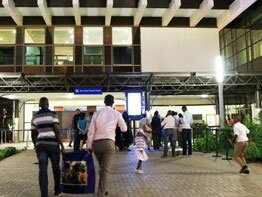 Note: This article first appeared on the AfDB website

The findings of the Visa Openness Index, which has been developed in partnership with McKinsey & Company and the World Economic Forum (WEF) Global Agenda Council on Africa, will be presented and discussed at the Africa CEO Forum in Abidjan on 21-22 March 2016.

“Opening up a country’s visa regime is a quick-win on development that remains untapped,” says Moono Mupotola, Director of NEPAD, Regional Integration and Trade at the African Development Bank. “Visa openness promotes talent mobility and business opportunities. Africa’s leaders and policymakers have a key role to play in helping Africans to move freely in support of Agenda 2063’s call to abolish visa requirements for all Africans by 2018.”

The report highlights regional and geographical differences. Currently, 75% of countries in the top 20 most visa-open countries on the continent are in West Africa or East Africa. Only one country in the top 20 is in North Africa and there are none in the top 20 from Central Africa. The report also shows that Africa’s Middle Income Countries have low visa-openness scores overall, while the continent’s smaller, landlocked and island states are more open.

“When we started this work, only 5 African countries offered liberal access to all Africans; this number has grown to 13 over the past three years. We are making progress, but need to accelerate the pace” says Acha Leke, Director of McKinsey & Company and member of the WEF Global Agenda Council on Africa.

African countries stand to gain from promoting more visa-free regional blocs and pushing for greater reciprocity, as well as from introducing more visa on arrival policies for Africans. At country level, Seychelles is ranked number one in Africa for its visa openness policy, offering visa-free access for all Africans. Mauritius and Rwanda, who are in the top 10 most visa-open countries, have adopted open visa policies for visitors from other African countries and have seen a big impact on tourism, investment and economic competitiveness as a result.

Follow up events on promoting greater visa openness in Africa will be held during the WEF Africa Summit in Kigali and the African Development Bank Annual Meetings in Lusaka.