Abolition of visas in Cemac: what will change? 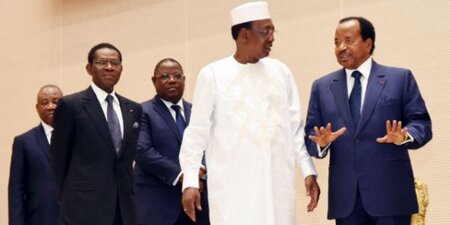 Meeting in N'Djamena, the Heads of State of the Economic and Monetary Community of Central Africa managed to settle a number of thorny issues ... Starting with the abolition of visas.

An unfavorable economic situation may have virtues. Faced with budgetary difficulties and in search of recovery, Central Africa is finally moving. On October 31, at a summit convened in N'Djamena, Chad, the heads of state have succeeded in a few pen strokes a pile of records yet blocked for more than a decade.

As a result, the following day, November 1, following the other member countries, Cameroon was the last of the Cemac to remove the payment of the visa to nationals of other member countries. Ironically, the most reluctant to open borders, decided in 2013, Gabon and Equatorial Guinea, had even preceded a few days. It must be thought that the fall in oil prices has put the strength of national selfishness at half-mast.

Concretely, what will change? A priori, it is the end of all sorts of police harassment. But beware ! Before flying, it is best to ensure that there is no risk of being rejected on arrival. Gabon, Equatorial Guinea and Congo reserve the crossing of their borders without a visa to holders of biometric passports only. Chad, Cameroon and the Central African Republic require only a valid "valid identity document".

Towards the merger of Cosumaf and CMF

The second thorny issue finally decided is the creation of a common securities exchange based in Douala, Cameroon, instead of the two current financial markets. After thirteen years of cacophony, CEMAC is in line with the initial recommendations formulated by the World Bank and the European firm Roland Berger. On this subject too, the implementation of the political decision will not be a sinecure.

"MERGE TO FORM A SINGLE REGULATOR LOCATED IN LIBREVILLE"

The process could be the one envisioned in February 2016 by former Beac Governor Lucas Abaga Nchama, which provides for a transitional period of three years during which the two markets would continue to operate separately, while harmonizing their regulations. This implies double quotations, but also that intermediaries are approved to operate on both stock exchanges.

Cameroon rubs his hands, he who carried his own financial market while paying Cosumaf an annual contribution of 350 million CFA francs (534 000 euros). On the other hand, employees of the CMF fear for their employment as soon as this structure is doomed to merge with Cosumaf. A community official relativizes: "As the Cosumaf is understaffed, it will have a priori no harm in absorbing them. "

"THE RETURN OF THE IMF CAN INCIDENTALLY BOOST ECONOMIC INTEGRATION"

On the perennial problem of community financing, a bold first step cancels 90% of arrears due to the non-repayment by several countries of the Community integration tax in the organization's accounts "in order to leave on new bases ".

The return of the IMF can incidentally accelerate economic integration, especially since, in the reforms that the institution carries out with the various governments, a particular emphasis is put on the coherence and the compatibility with the lines. of the economic reform program of CEMAC.